Information here on the Palm Springs production of "Candy & Dorothy," opening in October. If you're near Palm Springs, CA, go see it!
Posted by David Johnston at 11:09 AM No comments:

Last night, I saw Mac Rogers' "Viral" at the Fringe Encores series at the Soho Playhouse. I had not seen any of Rogers' plays before, and he’s a real talent. “Viral” is creepy, sickening and brilliant – a play about a woman who wants to commit suicide, and then falls in with a group of losers in Portland with a very disturbing fetish. It has humor but is most definitely not a comedy. The cast is exceptionally strong across the board. Great acting, great direction – nobody is who they seem to be, and they all hold back from commenting on the ghoulishness of the characters. It’s an engrossing play, and Rogers refuses to tell you what to think of these people. Two performances left, Saturday and Sunday.
Posted by David Johnston at 9:32 AM No comments:

Happy to announce that "Saturday with Martin," a two-hander one-act I wrote several years ago, is getting published in an anthology by TnT Classic Books in a few months. "Martin" was produced by Blue Coyote Theater Group in 2003, with Brian Fuqua and George Hosmer, directed by Kyle Ancowitz. (Brian just finished up the run of "Effie Jean in Tahiti" as the hilarious and scene-chewing 'Proteus, the Old Man of the Sea.' And George played Uncle Austin in "The George Place" at Wellfleet Harbor last summer.) Moving Arts also produced the show, in the fall of 2004. It's a piece I'm very fond of, and I'm glad it's getting a longer life.
Posted by David Johnston at 8:51 AM No comments: 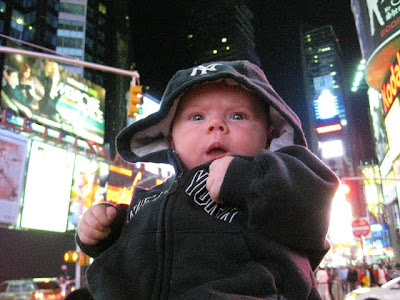 This is my awesome goddaughter, posing in Times Square.
Posted by David Johnston at 12:10 PM No comments:

Ravi Coltrane at the Village Vanguard 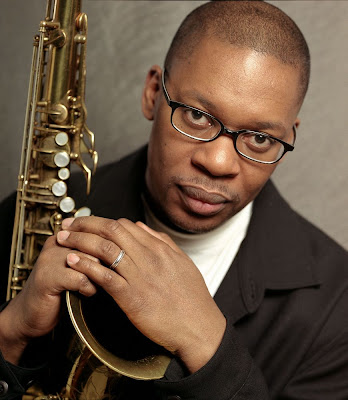 Saw this gentleman at the Village Vanguard last night, courtesy of my fabulous boss. A gorgeous set, including a cover of Thelonious Monk's "Pannonica." (I think - I'm bad with jazz titles. I know it was Monk.) This was the first time I'd seen him since he played with his late, great mom at the NJPAC in Newark a few years ago. A lovely night.

And on the silly flip side - only four more performances of "Effie Jean in Tahiti" left! We close on Sunday with a matinee, so what are you waiting for?
Posted by David Johnston at 8:45 AM No comments:

"Your Family is Saved From Drowning, and You're Queen of Tahiti. Not a Bad Deal, Little Sister."

Adam Szymkowicz interviews me on his blog. I talk about Blue Coyote, "Effie Jean in Tahiti," Charles Ludlam and why I don't actually think Matt Freeman is a robot.

It's all far more insidious.
Posted by David Johnston at 11:38 AM 2 comments:

"Bring Me My Fantastic Jewels. I Wish to Gaze Upon Them."

Listings for Effie Jean in Tahiti at NY Times and Time OutNY (oh, those scallawags.) Splendid opening last night, and thanks to all who came to see the first performance. And special thanks to my fabulously spunky heroine, Laura Desmond, who negotiated one cane and a sprained ankle, and did it in style.
Posted by David Johnston at 1:19 PM No comments:

"Being an Only Child's A Tough Break, Esther, But I'm a Busy Dame" 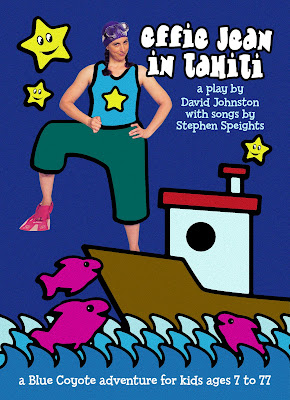 Get your tickets for "Effie Jean in Tahiti." Opening tonight, Blue Coyote at the Access Theater.
Posted by David Johnston at 12:52 PM No comments:

Quote of the Day

"We spin out light in a dark time." - Diane Di Prima, "Revolutionary Letters"
Posted by David Johnston at 9:46 AM No comments:

Cecil on a Good Night

When I first saw Cecil Taylor a few years ago, he was at Castle Clinton. Part of the River to River Festival. He still had his long dreads, he was playing with two younger guys who had silly grins affixed to their faces the whole time, the I’m-playing-with-Cecil-Taylor grin, how cool is that? He was fiery and passionate, giving a performance for a big outdoor venue. When I saw him last fall at the Village Vanguard, he seemed much older; withdrawn, grouchy. He played beautifully, but at the end when he stood up and faced the audience, he had a look on his face like “Have you people been here all this time?” Even then, though, he had moments of heart-breaking lyricism.

Last night, I saw him at the High Line Ballroom, and he was in a different mood completely. The set began, with the bassist coming out and moodily hitting the strings. The percussionist came out, and tapped around the stage, setting his sticks on the piano, the floor, all the equipment, as if they were casting some sort of spell to clear the air before Cecil arrived. He came out, his dreads gone, wearing a cap and a black tank top. He started off with some spoken word, some Cecil Taylor version of spoken word. I couldn’t make much out; “bicarbonate,” liturgical,” “dopamine.” And then he sat down to play.

I’d never heard him play like he played last night. There was all his old crashing, thunderous chords, melodies peeking out every once in a while. Tumultuous, like he was summoning up a storm, and then pulling back to show something beautiful and tender, something so unexpected and lyrical it made you catch your breath. The audience was – as always at a Taylor show – mixed in response. A few get up and leave. Others sit rapt. I burst into tears several times, not even knowing why. That happens to me when I’m listening to him. Sometimes there’s the sense of a fever breaking and enormous relief.

He has the same indifference to the audience. He finishes abruptly, and reaches up for the stack of note paper on the piano, and that’s how you know he’s done with that number. He bowed awkwardly, shyly, at the end, acknowledging the audience, but still you feel as if you’ve interrupted something private.
Posted by David Johnston at 9:37 AM No comments: