"Saturday with Martin" in TnT Anthology, Coming out in March

Below is the official press release for "Short Plays to Long Remember," which includes "Saturday with Martin," originally presented by Blue Coyote with George Hosmer and Brian Fuqua. I'll keep you posted on more details as we get closer to reading events in March. 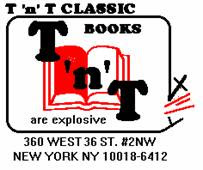 Compiled and edited by Francine L. Trevens due out in March

An eclectic anthology of plays ranging in playing time from seven minutes to over forty minutes. They cover the full gamut of styles and subjects, from atheism to zen, from actual incidents to zoological impossibilities, from aesthetics to zeitgeist, from apathy to zealotry. The 27 play collection has works from 14 authors, including Jane Chambers, among whose many awards in the seventies were Connecticut Educational TV. Award, Eugene O'Neill fellowship, National Writer’s Guild Award, and in the eighties, L.A. Drama Critic’s Circle Award, a Proclamation from L. A. for Outstanding Theatre and Fund for Human Dignity Award. First play in the book is by Doric Wilson who won the 2007 IT Award for Artistic Achievement; and in 2009, the ATHE Career Achievement Award for Professional Theatre. Its other award winning authors are, Perry Brass, Michael Devereaux, Paul Dexter, Victor Gluck, (noted lecturer on theatre and an esteemed theatre critic), David Brendan Hopes, David Johnston, David J. Mauriello, Sidney Morris, William F. Poleri, Daniel P. Quinn and George Zarr, a noted radio drama expert.

SHORT PLAYS TO LONG REMEMBER will be featured in the Greater New York Independent Publishers NIFTY AFTER FIFTY program at Barnes & Noble Lincoln Square March 22. Selected gay plays from the anthology will be in a 2nd Tuesday program on April 12, called 4 PLAY and featuring 4 plays and authors, at the Center on 13th Street.
Posted by David Johnston at 11:35 AM